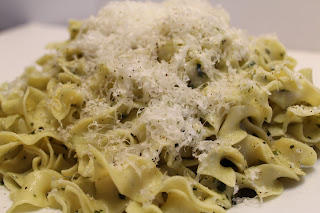 Many years ago–way too many to even begin to count–when I was a starving writer living in New Orleans, I had a friend, who had a cousin. She decided to introduce me to him, because she knew we’d hit it off.

Somehow, this seems like the classical introduction to a Southern love story, but she wasn’t introducing him to me for romantic reasons (he was gay), but because like me, he was a writer with a flair for the dramatic, had a knack for telling a good story, and he was someone who knew his way around the kitchen. Truth be told, we passed many a fine afternoon entertaining each other–especially in the kitchen.

S just happened to be a lawyer who chucked his career, perhaps a little too hastily, to move to New Orleans and become a writer. Unfortunately, he was a pure romantic at heart and he never gave much thought to his financial matters. This meant that when I’d visit him, I’d have to sneak past the landlord, but it also meant that he had to be extra creative in the kitchen and figure out how to stretch a few staples into a hearty meal.

One afternoon as he told me the story about the day he was struck by lightning (true story) and woke up in the hospital, he also taught me how to make this economical, quick, and rather delicious noodle dish. Whenever I make it, I always remember that afternoon.

Of course, now that I can afford it, I use Parmesan Reggiano–and I like to use homemade chicken stock, but back then it was Parmesan in the can and chicken bouillon cubes.

1. Bring one cup of the chicken broth to a boil.
2. Add the bag of egg noodles and cook until the noodles are tender, making sure to add chicken broth (and maybe a little water) to the pan as needed. You don’t want them swimming in broth, just simmering in it.
3. Once the noodles are cooked through, add the stick of butter and stir until the butter is melted.
4. Stir in salt and ground pepper to taste; add a pinch of nutmeg.
5. Stir in the parsley, reserving a few pinches for the garnish.
6. Stir in 3/4 cup of cheese.
7. Add a bit of water or broth, if needed, so that the noodles are lightly sauced.
8. Spoon into bowls and top with additional cheese and parsley.